Day 59: woke up bright and early to head up for Muir. The first part of the morning was brutal! See Simon likes to take us up really steep fucking climbs. He is our guide, he competes in Orienteering in Sweden, he knows his way with these paper maps! So I know I walk behind just trusting his every move. And he’s always saying “keep elevation” “stay high” it became a big inside joke for our group. But this hill, I swear my knee was coming up to my chest with each step. It was one hell of a grind. And this wasn’t even the climb to the pass. We were all like….damn that shit was hard! So after we trudged up that climb we started to the pass. At the top is Muir shelter, a small cabin used for emergencies. If you don’t know who John Muir is, or even if you do I highly recommend looking into him more. How he looked at nature is just the most beautiful thing I’ve ever read. The actual climb was really easy, I want to say that today we walked across another lake on the way, but I don’t for sure remember. Then we see the cabin! We all decide to hang out in the cabin. It’s beautiful we sit and make jokes, chat, and drink hot drinks. It’s so great to look around, to see this group of people, all from different places, California, Philadelphia, Oregon, Switzerland, Sweden, France, Japan, New Zealand, and Australia. We all just met, we don’t know a lot about each other. But at the same time I know these are my people. This is my family. And we are all so connected in this amazing place. After a bit we descended down the mountain. About half of the group followed Simon across a snow bridge to the other side of the river, while Freckles, Tim, Meg, Scotty, and I stayed on the side of the PCT. Evolution creek was coming up. We had heard bad things about it being really sketchy and dangerous. So Simon thought it’d be best to avoid the crossing, but we thought it looked kinda sketch and tough so we chose to stay on the PCT side and see how the creek was. We luckily had dry trail for a bit. We stopped and ate lunch and chatted then walked up to the ranger station. Nobody is there but can you imagine being able to live out here??!! Wow. Anywho to the fun part. We took an alternate route which led us to a meadow, a wider section of evolution creek that we hoped would be more mellow. We got fully prepared to cross, shoes off, minimal clothing on, Tim even made his shorts a nice thong for us. Haha. Then packs on our heads we start walking across, and it never even touches above our thighs! Like really? This is a creek people had us flipping about? Although, every day is different out here so I guess we just got lucky. We decided to jump back in once we crossed and skinny dip! Freckles had just gotten out when the other group was coming across! And luckily they all decided to jump in too! Simon a couple of times! Everyone’s facial reactions from the cold were priceless. This was so much fun. We all got back together and hiked a couple more miles until camp. 18 miles done today! That’s a big day for the Sierras. 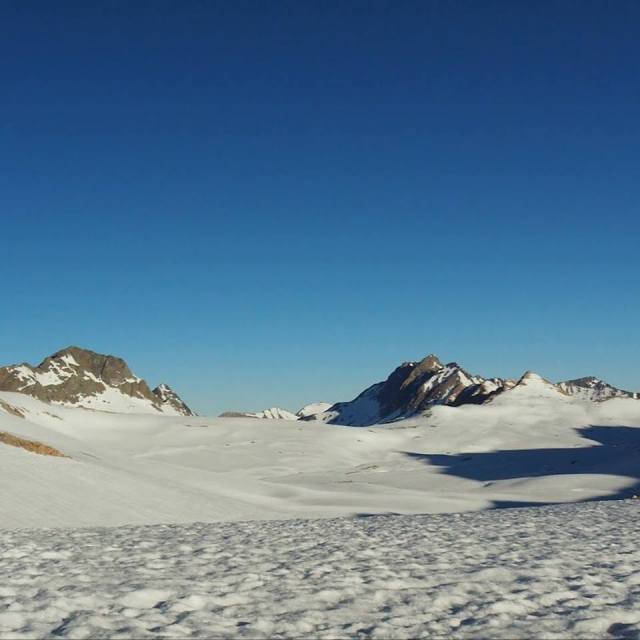 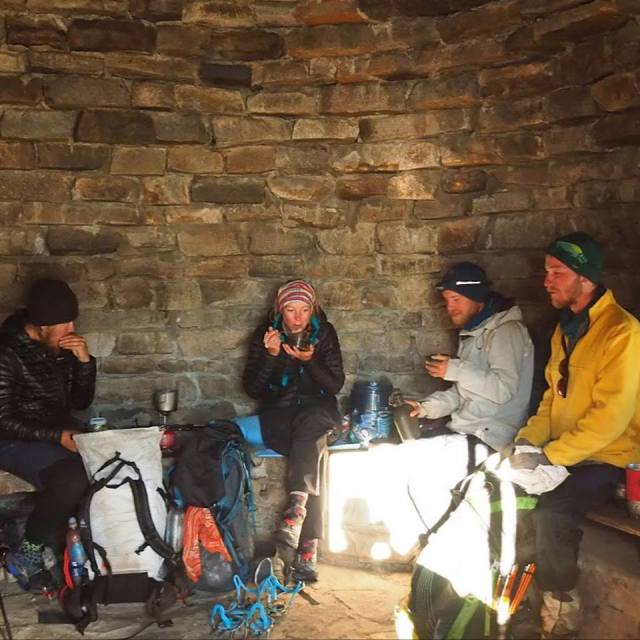 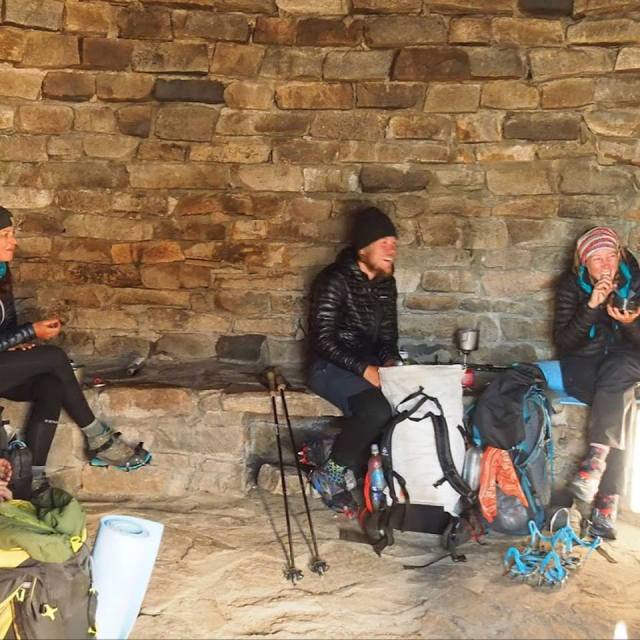 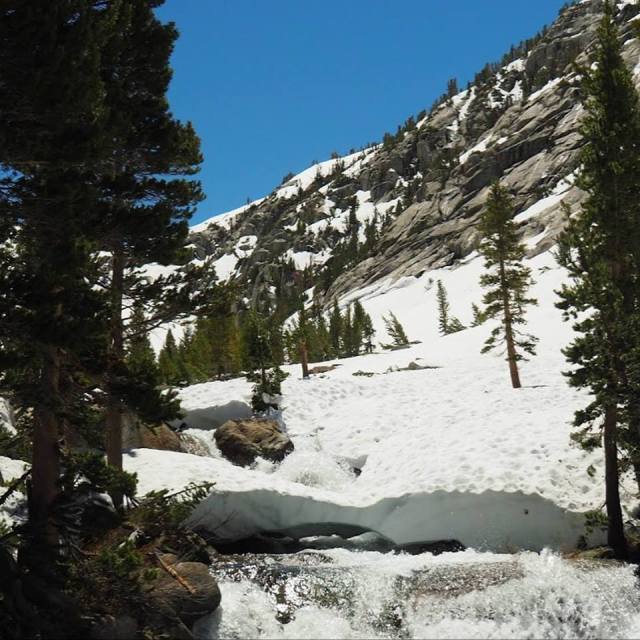 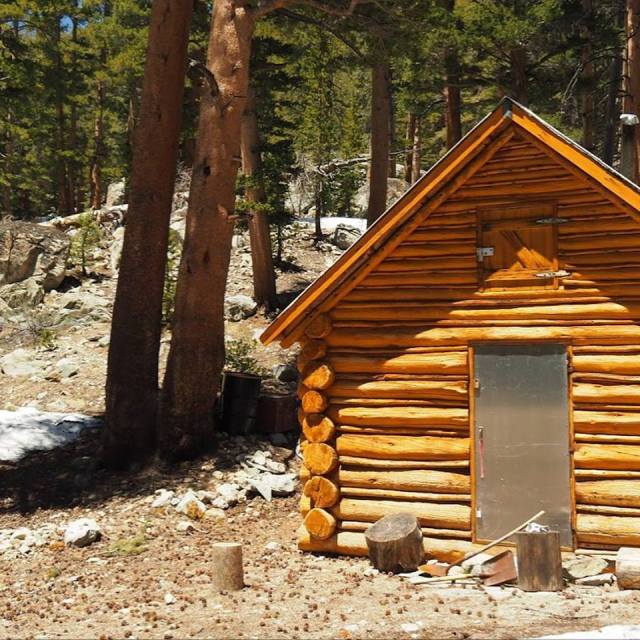 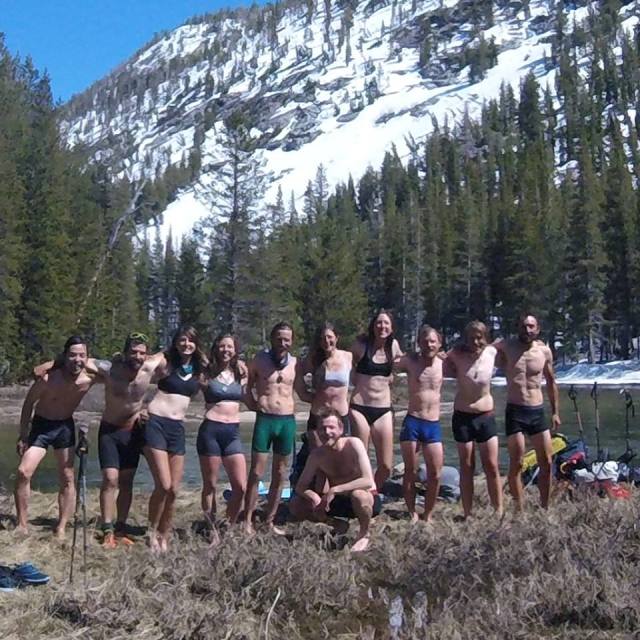