Day 3: I had a beautiful start to the morning, looking at the mountains for sunrise and during breakfast. I spent a majority of the day hiking solo, and I really liked it. It amazes me how much greenery there is in the desert. Yellow flowers and beautiful cacti with pink/ purple flowers peaking out. During an uphill I started hiking with my new friend Alan. He had previously hiked the AT and was crazy fast. We got along by learning we each love watching basketball, and he’s a Cavaliers fan 😡 so we talked a lot of crap to each other. He even wrote Lebron 2017 MVP in the dirt with his trekking pole. 😂. We decided to hike to mile 70, leaving just 7 miles the next day to my first town. The camp site was super rad. We were at the near top of a peak and the view was just wow 😍😍. And we met Calvin!!! Calvin is from Vancouver and a photographer, I think he was carrying like 10lbs of camera gear in his bag. He and Alan both ended up being good friends by the end of the trip. I’m so blessed to have built these random crazy beautiful bonds with people. And we ran into another rattlesnake, I am over it. 3 rattlesnakes in 2 days……uggghhhhhhh. 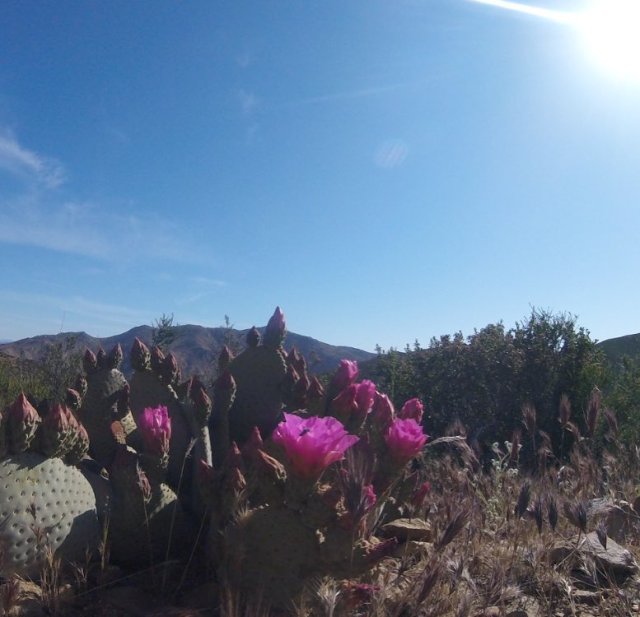