Day 88- Well being that I didn’t sleep at all early early AM I decided to head out. I’m in a weird position. I think some of my group who I got ahead of, due to them heading into Yosemite, are just maybe a day or so behind, and Freckles, Tim and Scotty are a day ahead. So should I slow down? Or speed up? Well, beings my name is Express, I obviously chose the latter. I planned to just hit huge miles. Because why not? I have nothing else to do but walk. And today is my freaking 3 month anniversary!!! I can’t believe it. And today I ended at mile 1195. Almost 2000 miles down…..Time is flying by so quickly. Today I get to hit Sierra City. I only have one reason to go there…..milkshakes. It was 20 miles away and I arrived there at 1:30. Crossed a couple of creeks and the Yuba river on nice bridges that were there for us. A sure luxury after all the Sierra crossing. In town the general store Unfortunately, only their pineapple flavor was working. So I had a strange chocolate pineapple shake. But it was refreshing. I didn’t eat one but they’re known for their 1lb burger that tons of hikers get. It takes for ever to cook. I can’t believe people eat that whole thing. While there I saw multiple other hikers, Em and Lou, I met Haywire. He is trying to hike the entire trail in 100 days. Fucking unreal. He is trying to get me to hike more miles, but tomorrow my friend Halle is meeting me just 10 miles up so I’m staying here for the night. And then out of freakin nowhere I see Niko and Young Bacon! Omg so amazing. I haven’t seen them since Big Bear. They had taken some time off and skipped the Sierras. It was a fun night. All of us hiker trash camped in the lawn behind the church, which was open to us, drank, smoked, and bull shitted. Oh and Young Bacon is apparently legit at freestyle rapping!! I also met a hiker who randomly showed me a picture of himself hiking naked on summer solstice. I wasn’t prepared for that, he was a character. But so kind. But that is a thing, on summer solstice you’re supposed to hike naked. Luckily, I was in town that day! I’m so excited to see Halle tomorrow, and happy tonight I don’t have to worry about bears. (Pics of Peter grub hut-m1160) 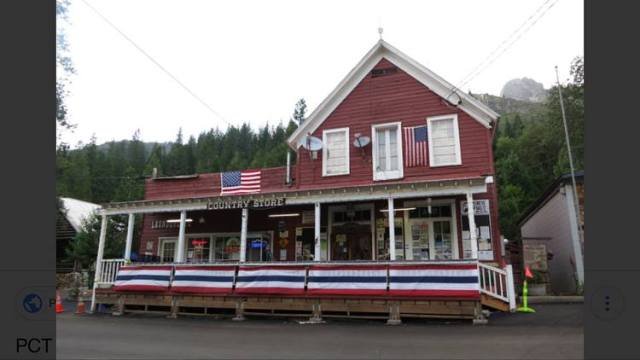