Day 101: just 12 miles into town! We will hit the highway and have 3 options. Chester, Dunsmuir, or Mt. Shasta. Shasta is the furthest and I have packages coming into Chester so I just plan to go there. The miles into town typically go grueling slow. But today was different. Chatting with Tim and Freckles just made the time go by super fast. We left camp at a good time, Taz had left earlier than us. The hike itself was nothing crazy. Lots of mossy trees, which I do enjoy but just under trees, crossing dirt roads for the morning. Just before I-5 we officially entered Castle Crags State Park. A section of trail I am very excited for. We passed over the Sacramento River on a bridge walking along the water for quite a way before he highway. We reached the highway and Tim and Freckles stood on the opposite side as me as they were going to hitch to Dunsmuir and I had to get to Chester. I was so jealous of them. I was in the blazing sun and I just stared at them sitting in the shade. The trailhead was near me so I just went up to a couple who was leaving and asked for a ride which they said yes. I planned to get 3 packages in Chester. One from my Mom, the one I sent myself from Truckee, and one from my Lisa, Toni, and Yago. I get to the post office. No packages…..WTF?!! I head over to the local gas station and store where some packages go. Well one package was there, the one from my Mom. It was filled with some nut butter, way too many homemade bars, coconut oil, and pics of my nieces and nephews. The store assumed that my other packages would arrive from UPS later in the day so I hitched to Dunsmuir to get lunch and resupply a little in case I didn’t get the packages. I ate at the burger place and had a veggie burger, fries, and of course a milkshake. Tim and Freckles hitch apparently told them to skip Dunsmuir and just get to Mt. Shasta as its way better. They’re sending me pics of their delicious meals and going to the movies. I’m so jealous and frustrated about my situation. After awhile I get a ride back from a really nice, and cute guy, from Dunsmuir. He works for the water company and explains how Dunsmuir is known to have some of the best water, I forget why. But I have heard/read it many other places as well. I get back to the station. Still no UPS so I just sit and wait. And wait. And wait. And wait. And hey here he is! STILL NO PACKAGES!!! Ugggghhhh. I’m so pissed I ruined this whole day for no reason. I chatted with some locals and the store owner, Nick forever. He was saying how by this point basically anyone who makes it here, makes it all the way to Canada. That’s good to know!!! He is so kind though. He has been here all day helping me with my situation and was kind enough to bring me out a package of birthday cake donuts and chocolate milk to make up for me not getting my donuts. Hero status right there!! Freckles and Tim won’t be making it until late so I hike to the nearby campsite alone and wait for them. It’s pitch black and late so I just go to sleep. Soon I awake to them and Scotty coming in! Their ride dropped them off somewhere weird and they had to walk a couple of miles to get to me. Bummer. Overall today was fucking lame. 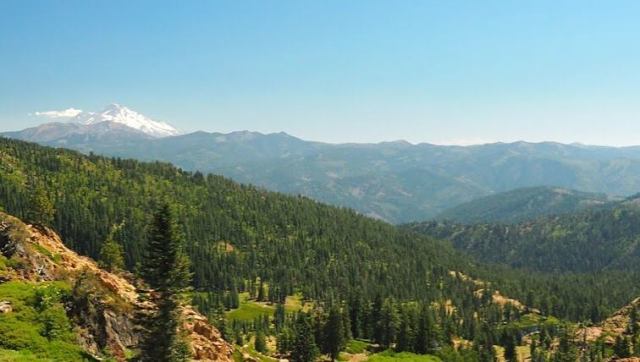