Day 130: Wow what a great day! Woke up and headed right to the Timberline Lodge breakfast buffet. It’s famous on the PCT as the best breakfast on the trail. And that didn’t lie. I waited in line with all of the other hikers, Dash made it in that morning. Then all over the dining room there we all were. Grungy smelly hikers, in a really nice lodge. But they treated us so kindly. The breakfast was unreal. There was smoothies, eggs, different meats (rip poor cows and piggies) and my favorite waffles with fresh berries and REAL heavy whipping cream. I didn’t eat as much as I thought I would, but sometimes I think my stomach has gotten used to the small more frequent meals, so then when I try to eat a big meal I get full fast….but then hungry quickly after. But I was full, the waitress gave us a shot of ACV, ginger, lemon, and I think cayenne. I was like whaaaat??? It made me miss drinking my every morning ritual tea, which was that shot! So good. I headed outside and watched Kiva, the beautiful Husky who had been hiking with her owner, Tyler for some reason I can’t think of his trail name right now. So he went in to eat and I read and loved on the doggie. Not a place I hated to be. I got hungry though, so I quickly ran inside towards the end of breakfast and they let me grab some pastries which was nice. Then I just wandered around the hotel. This is where the movie the Shining was recorded, and they have the ax from the movie, which you can take a pic with. Idk if it’s the real one. I looked it up and a few places claim to have the axe from the movie. So who knows. Then after sitting outside for awhile I was bored and sick of doing nothing so took off. The hike after was so cool. Walking under the ski lift then heading into what seemed like canyons. I passed a sign that said 550 miles to Canada……and I immediately got really really sad. After leaving a hiking in a bit more of beach like sand I headed down into Little ZigZag canyon. It was so pretty. And it gave me a decent river crossing. One of the first since the Sierras. But those experiences gave me some confidence for sure. And it was warm so I didn’t care about my feet getting wet. I hiked 15 miles today again just about a half day of hiking. I wanted to end with the uphill so I didn’t have to do it in the morning. And I knew a majority of hikers from Timberline would stay at the base of the hill, and I didn’t want to camp with a lot of people so I hiked up. The campsite was nice. Right at the Paradise Loop Trail junction. I actually saw a few day hikers as I was setting up and eating dinner. Little did I know that tomorrow would bring me one of my favorite days on the trail. 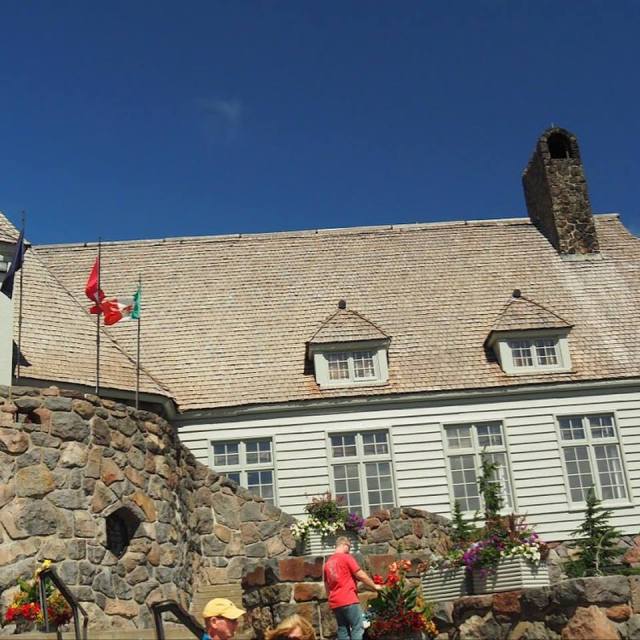 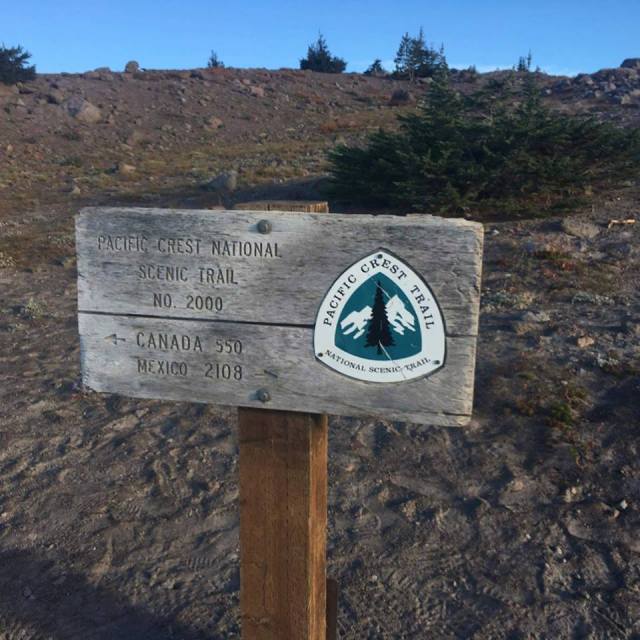 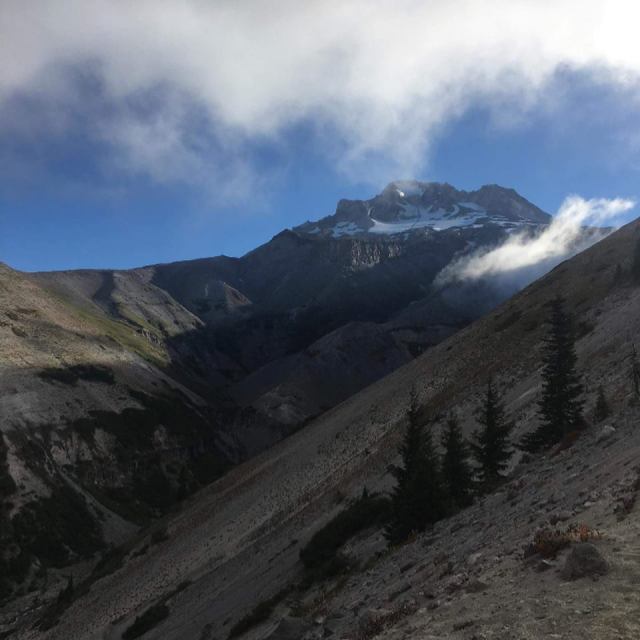