Day 153- In the morning we all woke up slowly as usual. I oil pulled while packing up, my favorite thing to have on trail is coconut oil. While we were there a ranger approached. He was cool and all was fine since we had camping permits. That morning we also talked that we were like the show Friends. And we laughed figuring out who would be who, while singing the theme song. Then off we went. I started out solo, passing some stock camps and seeing the ranger again. A little uphill happened then the cruise went on. Crossed many creeks today one that had a cool suspension bridge going over it. Loves of open Mountain View’s today. The most epic memory of the day was around lunch time. We were approaching the trailhead where Julia left the ring this morning. Tim was trying to push ahead to get a look before Freckles got there but she was killing it so he didn’t have much time. I hiked the last bit to lunch with Meg and Freckles where we met some maintenance workers. One offered us some beer he had in his truck that we could grab once we got to the trailhead. We crossed the highway and approached the trailhead, and got some drinks on the way. We were chatting and I looked at Tim to see if he got the ring and he shook his head no. Once we were all seated for lunch I got Meg and Dash to come over with me to tell them he couldn’t find the ring. So Dash grabbed Tim to go help him look for it. They had made very specific detailed rules on how the drop was going to happen. And Julia just almost did it too good. She left a small remark on a tree to mark the ring was there. She also left beers nearby to help find it. They were taking forever. Freckles ended up coming up to Meg and I at one point asking where Tim and Dash have been. I don’t remember what we said, something about needing brotime. And then just tried to distract her. Hefty did a better job of distracting. When another man was up talking to us all of the sudden we hear a very loud burp coming out of the ladies restroom, soon to see Hefty. He is legit the loudest burper I’ve ever heard. We were cracking up, but the guy didn’t look very amused. Finally Tim and Dash return. And since they had beer they said they got trail magic. It was a good lie. But they found the ring! Thank goodness! Off we went. And we camped at a really nice beautiful open spot. We were joined by other hikers, most of whom we talked into cowboy camping with us. One was actually from my hometown Wichita, KS. And he knows my old cross country coach. How weird is that? The world is so small. But I don’t like him as we were chatting he said My high school was more like “white trash”. So basically he called me white trash. We joke about this the rest of the trail, but I really disliked him after he said that. This ended up being one of the coldest nights on the trail. I didn’t really sleep at all due to just shivering all night. My sleeping pad is too flat now to help with anything and I’ve never washed/dried my sleeping bag so all the down is consolidated and it’s not really keeping me warm. I had every layer of clothing I was carrying on and still couldn’t manage to feel warm ever. 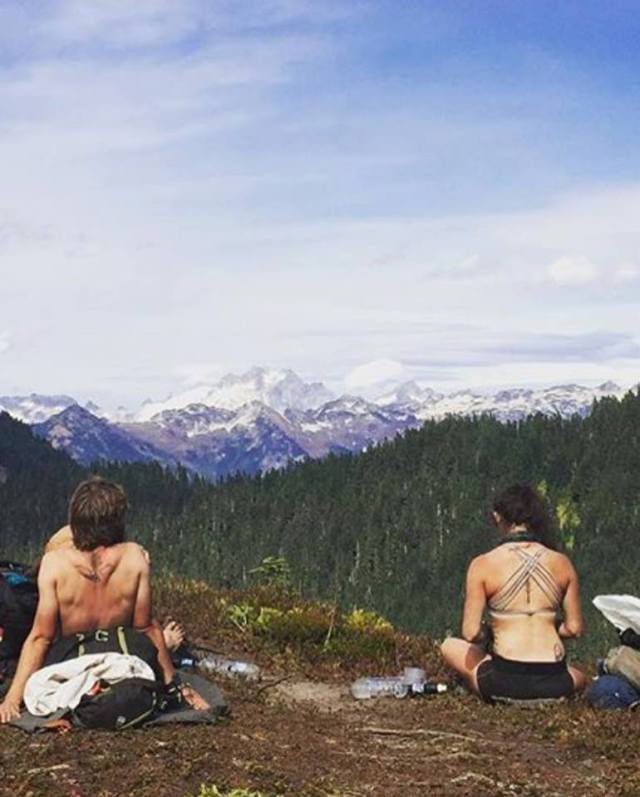 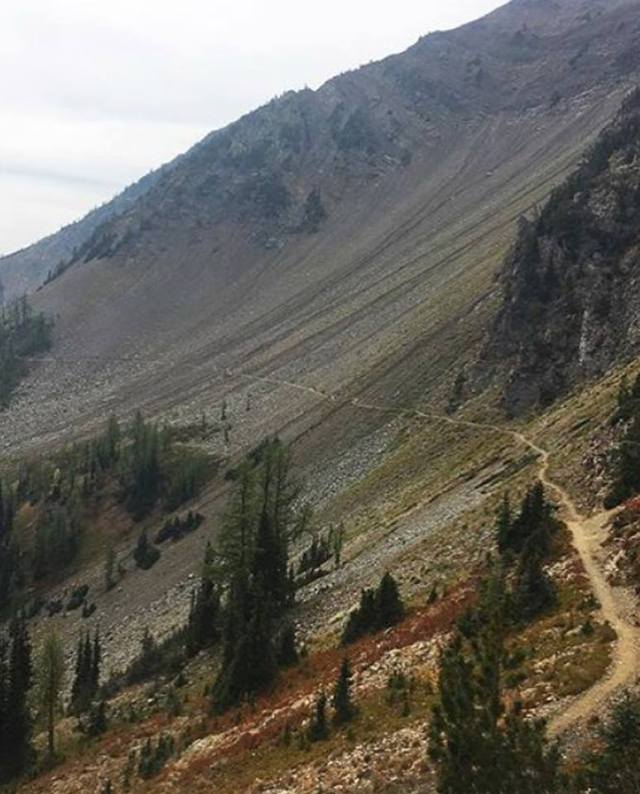